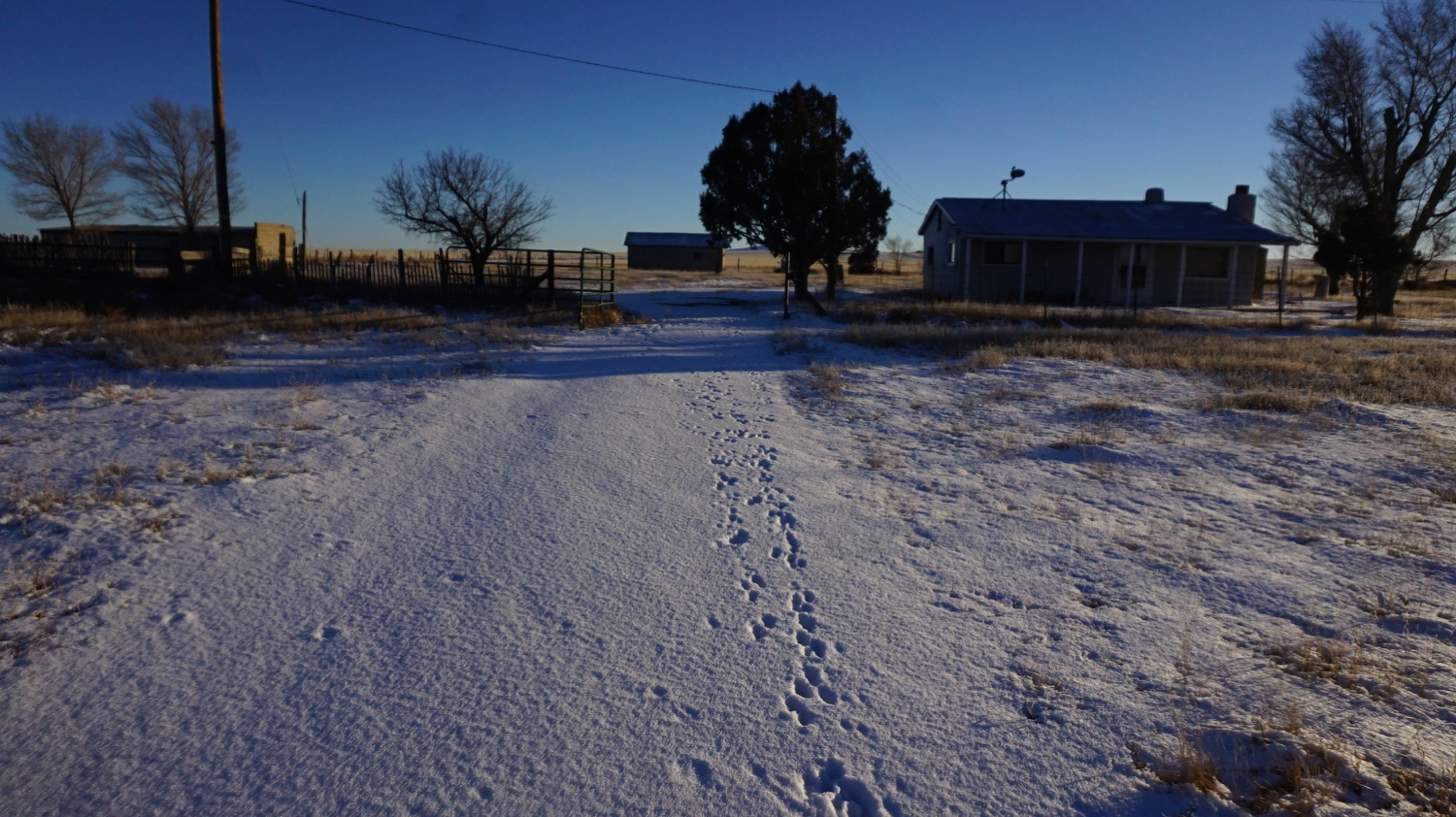 One of the rules I stress to my crew is the importance of making a good impression at vital stages of production: the early batches of photos, the first director’s scout, the beginning of principal. At Dallas Fort Worth International I collect the director et al and commit my own cardinal sin; I make a foul-up of the first time I have the director in the right seat. Nervousness or cockiness, probably the latter, causes me to forget to check the route out of the airport and after a few miles on the freeway I realize I’m not simply uncertain, I’m lost! Due to my Luddite tendencies and because I grew up in the pre-analogue dark ages following the second world war I have always shied away from GPS for route finding. But as I park on the hard shoulder scouring a map of the entire state of Texas, cars and trucks hurtling by and the guys mumbling, I wish to god I had simply entered Archer City into the phone and Siri could now be patiently coaxing me through the cobweb of freeways.

By the time we reach the west Texas town, which Peter Bogdanovich put on the map by choosing  it as the central location of The Last Picture, the scouting party has forgiven me. We prowl the town, which still has references to McMurtry’s brilliant searing examination of small town angst: Jeff Bridges ate here, Cybil Shepherd stayed there. Shot in ’71 for 1.3 million it ‘cumed’ the best part of 30 million. Little do we realize then, of course, that our modestly funded project is going to be made for, given inflation, a similar sum and, arguably, run the great classic a close second critically and financially. There’s also a cool common element to both films: Jeff Bridges was nominated for his performance in each.

Director David Mackenzie, fresh off the Glasgow boat, has the European love of all things Americana. He snaps myriad photos of broken neon, faded signage, courthouse steps, rusty pick ups. He is abetted in his enthusiasm by the polymath production designer, Tom Duffield. We worked, like dogs, on Lone Survivor, a brute of a film, in every sense. Tom’s grasp of all subjects is huge, but he’s charming, earnest and candid.

Soon we are barreling over the Texas plains on a journey as far-flung as any made by the first of our species to command these lovely wastelands, the Comanche. Comancheria, the homeland name of the most successful, warlike and cruel of any of the native tribes, was screenwriter Taylor Sheridan’s working title but the picture was released as Hell or High Water. It is the second of his ‘modern western’ trilogy: the first was Sicario, the third, Wind River. Raised on a small Texas ranch Sheridan called on those formative times to produce the beautiful character driven rage against the ‘disease of poverty’ and the intractability of financial institutions and, yes, a paean to the easy cheer of male company. The dialogue and interaction between two brothers robbing only the branches of the bank that is calling in the note on the family ranch and the pair of Texas Rangers pursuing them is poignant, hilarious and tragic.

The dusty towns of Sheridan’s youth provide the settings for his play: Olney, Vernon, Post, Archer City. But due to the New Mexico incentive program we will shoot the film across the state line. So we career on westward checking the ‘hero’ towns of Sheridan’s script and many others as we weave a path across the plains and up into the Llano Estacado, the cool uplands beloved of the Comanche and site of their last stand.

One evening a huge glitch occurs, another blunder on the part of the seasoned location manager. I discover that the town we are to overnight in is ‘dry’. Damned Baptists! Not a huge issue for our delightful voice of reason, producer Kate Dean, but I know this will be a challenge for the DP, Giles; an Englishman now of Barcelona will want a glass, if not of Rioja, of something similar with his chicken fried steak. Not too many tapas bars in Comancheria.

Mercifully a quick inquiry discovers that the dull temperance of the city fathers does not cross the County Line. A swift booze run delivers a couple of bottles of Malbec to the table.

The Texas portion of our odyssey is a luxury as we research the screenwriter’s past. Once into New Mexico the quest kicks off in earnest as I must present some realistic options, and David and the others must start to harden their choices. We have the usual criteria for any show, large or small: we need to find an anchor town that offers the most locations and has enough rooms for the crew. Clovis, Portales, Artesia, Tatum, Roswell, are all scoured for banks, banks across the street from diners, cheap motels, cheap motels across the highway from barren plains, used car lots and back alleys. Driving between these burgs we examine the highways for cinematic two lane black-top, intersections of a variety of ideas for the many road sequences.

Soon we have a solid choice for the major sets. The proximity of Clovis and Portales, the availability of rooms in either, the full support we are promised from the city folk, and the number of banks cafes, back alleys brings a sense of relief and delight to the scouting party. The mood at dinner is upbeat. Nothing sets the senior members of production at ease as the common settlement on a location, or, as in this case, the